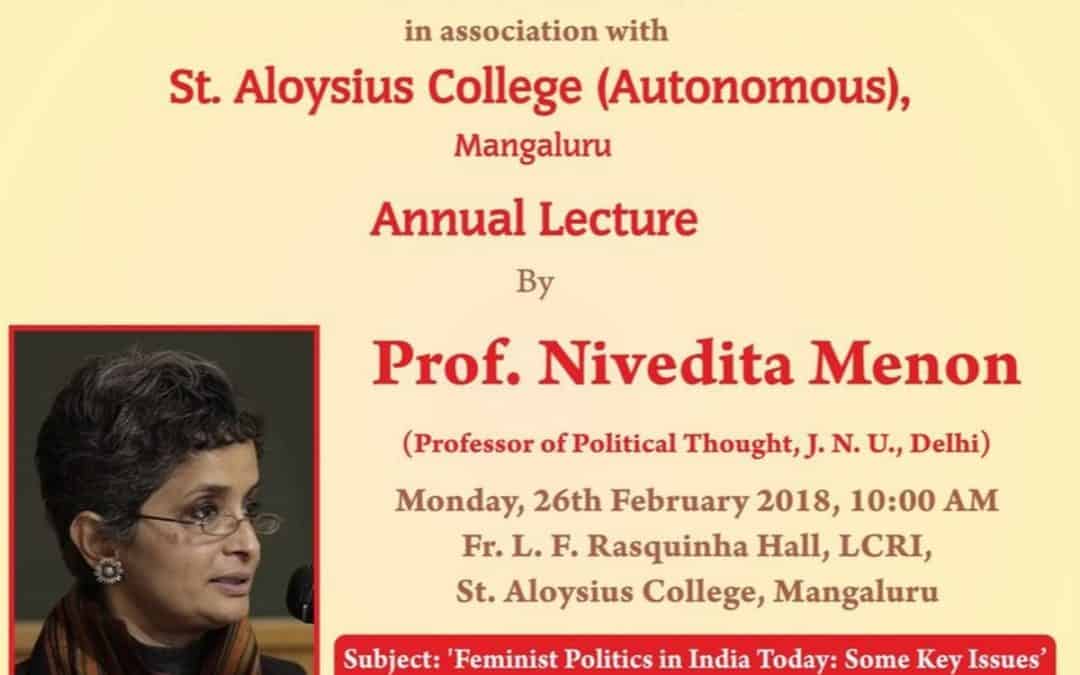 Mr. President, Professor Nivedita Menon, relatives, friends and admirers of Professor P.P.Gomathi, and my dear friends,
I am grateful to the Professor P.P.Gomathi Trust for this honour they have done me by asking me to introduce today’s guest. My only claims to do it are that I have always been an admirer of Professor Gomathi, whose brother, Professor Sudhakaran, has been most generous in his love and affection for me. I have two other claims: One, I have lived in this city for more than a quarter of a century and Two, I have lived for seven years in the city where our guest lives, without, however, knowing each other! Her brother, Professor Dileep Menon, who lives in another continent, is a close friend, though.

Fortified by these claims, I arrogate to myself the honour of introducing one of the foremost “anti-nationals” of our time to you: Professor Nivedita Menon of Jawaharlal Nehru University. She believes that “nation is a daily referendum”. She acknowledges these as actually taken from Ernest Renan, the French philologist, philosopher, who is best known for his influential historical works on early Christianity, and his political theories, especially concerning nationalism and national identity. Renan was speaking in 1882, when Western Europe was going through the experience of deifying nation: the aftermath of the Unifications of Germany and Italy, the partitioning of Eastern Europe in the name of “Eastern Question” and the high tide of pan-Slavism – factors which led to the World Wars of the last century. In a comparable context, when our own country is suffocating under the false slogans of nationalism, she had the courage to say that “We know that people the world over think that India is illegally occupying Kashmir”. She also said, “If people are raising slogans for azadi (freedom), shouldn’t this be looked at in the context of India being seen as an imperialist country internationally?” She received widespread support internationally, both online and offline, as it were. But the self-appointed guardians of Indian nationalism felt threatened, and a police complaint was promptly filed, accusing her of making anti-national statements and distorting what she said into “Everyone knows that India is illegally occupying Kashmir. It is said the world over. Everybody accepts [this]”. She was catapulted into limelight – for the wrong reason, I should add.
Daughter of the well-known Malayalam writer, B.Madhava Menon, Professor Nivedita Menon is an activist, protesting against all kinds of injustice. She is known for taking strong positions on several political issues, including nuclear power and the Kashmir conflict. She is a staunch critic of the Armed Forces Special Powers Act. Her writing and academic activities have always been intense political activities; so also, her interventions in the BlogSpot kafila.online bear testimony to the fact that she is not another arm chair academic sitting in the cozy comforts of her study. So, when her involvement in the 2016 JNU protests brought her into news many thought that it was for the wrong reason! She teaches political thought at Jawaharlal Nehru University. She had previously taught at the International Studies School of Jawaharlal Nehru University, Lady Shri Ram College and the Department of Political Science at Delhi University. Professor Menon is known particularly for her writings on feminism. Reflecting on her work on feminism, Professor Menon has said that the Indian feminist movement that she was exposed to in college, as well as the writings of global feminists such as Betty Friednan, Germaine Greer and Gloria Steinem, helped her evolve a better consciousness with respect to issues of sexuality and politics.

She is the author of several books, the latest among them being Seeing like a Feminist. Published in 2012, it has received ecstatic reviews. The title of the book is a play upon the title of the famous work of James C. Scott, Seeing like a State. The Hindu states that Professor Menon’s book “[dissects] social institutions, policy, and common ideas to explain the many ways the process of “gendering” occurs — here making a distinction between ‘sex’ as the biological characteristics and ‘gender’ as the set of cultural meanings that are arrived at over time.” Writing in Economic and Political Weekly, the feminist scholar Mary John said; “Written in a highly engrossing style, [the book] takes on very serious issues while also frequently making the reader smile. Menon has managed to condense some of the most complex challenges facing the women’s movement in contemporary India and elsewhere in the form of a series of short reflections that are organised within six chapters”. Another review, which appeared in The Guardian, noted that “Menon succeeds in shattering some deeply-engrained myths, and her efficient gathering of the intersectional strands makes it a breezy but sharp read.”

Her other books include Recovering Subversion: Feminist Politics Beyond the Law (2004); and a book co-authored with Aditya Nigam Power and Contestation: India after 1989 (2007). She also has edited two volumes: Gender and Politics in India (1999) and Sexualities (2007); and co-edited a book with Aditya Nigam and Sanjay Palshikar: Critical Studies in Politics. Exploring Sites, Selves, Power (2013). Besides these, she publishes research papers regularly in journals of repute such as Seminar and Economic and Political Weekly.
She also has translated fiction and non-fiction from Hindi and Malayalam into English, and from Malayalam into Hindi, and received the AK Ramanujan Award for translation instituted by Katha. 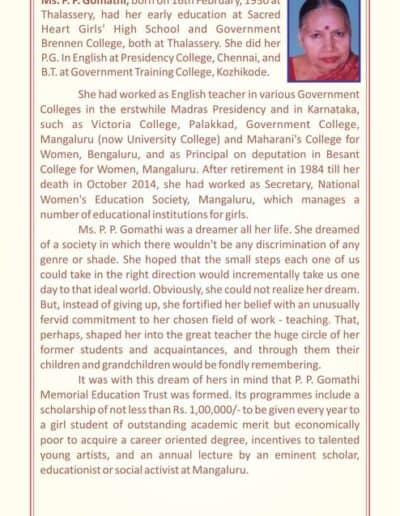 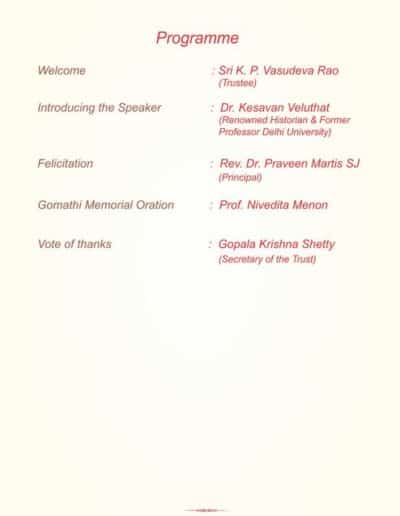 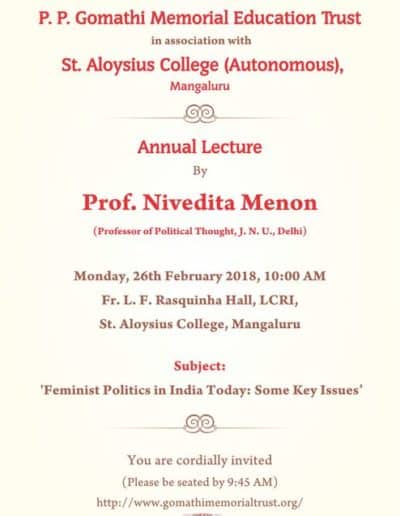 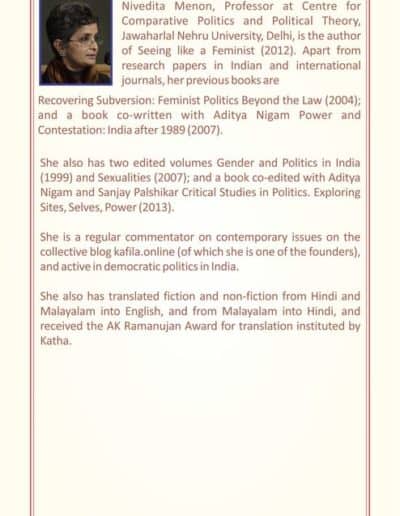